In people, nutritional status is an important determinant of outcome after surgery, and a clear association has been noted between malnutrition and poor clinical outcomes.30 Although the evidence in people is convincing, the relationship between nutritional status and outcome in animals remains largely unknown. Because malnutrition imparts similar metabolic effects in animals, it is assumed that nutritional support is equally essential for the recovery of critically ill dogs and cats. Despite the lack of definitive answers, recommendations for nutritional support of critically ill animals are based on a sound clinical rationale and are aimed at enhancing recovery and improving outcome.

Animals requiring surgical intervention may be afflicted with serious conditions. Metabolic responses to illness or severe injury are complex and place these animals at high risk for malnutrition and its deleterious effects. These effects, which are likely to negatively affect overall survival, include alterations in energy and substrate metabolism, compromised immune function, and impaired wound healing19,31,36 and are of particular interest in surgical patients, for whom proper wound healing is of paramount importance.

Although generalizations tend to oversimplify complex systems, the concept of “ebb/flow” offers a basic description of the metabolic response to critical illness or severe injury. According to this model, an initial hypometabolic response (“ebb phase”) is followed by a more prolonged course of hypermetabolism (“flow phase”). The ebb phase is usually a period of hemodynamic instability associated with decreased energy expenditure, hypothermia, mild protein catabolism, decreased cardiac output, and poor tissue perfusion. Without intervention, this may progress to a state of refractory or irreversible shock, characterized by severe lactic acidosis, decreased tissue perfusion, multiple organ failure, and death. Nutritional intervention at this stage carries a greater risk of complications such as electrolyte abnormalities, which may result in further detrimental effects on some critically ill animals.1,2,25,34 After successful resuscitation, patients enter the flow phase, during which profound metabolic alterations occur. Profound protein catabolism, along with increases in cardiac output, energy expenditure, glucose production, and insulin and glucagon concentrations are the hallmarks of this response.1,3,31 Provision of nutritional support during this stage of illness can attenuate and sometimes reverse the detrimental effects of malnutrition; this forms the basis for perioperative nutritional support. Controversy surrounds the applicability of these models of metabolic responses to clinical patients, and assessing energy requirements in critically ill patients can be problematic. This is discussed further in the next section.27,32

It should be appreciated that surgery itself can influence the metabolic response. Anesthesia and surgical injury are known to be proinflammatory, and these effects may be additive to the patient’s own metabolic disturbances. Because many surgical patients are already at risk for developing malnutrition, the additional stress of surgery and energy demands for tissue healing emphasize the need for awareness of patients’ nutritional needs. Attention to perioperative nutrition may be an important factor in enhancing patient recovery. Although the optimal level of nutritional support required to reverse these effects is not known, the most sensible approach is to meet the resting energy requirement (RER) of the patient. Estimation of a patient’s RER is made using the following formula:

where BW is weight in kilograms.

Previously, nutritional recommendations for surgical patients included feeding in excess of resting energy requirement to meet additional caloric requirements related to surgical injury and healing. Illness factors, which were multiplied by the patient’s resting energy requirement, ranged from 1.5 to 2.0 for surgical patients, depending on the underlying disease process. These illness factors were subjectively assigned with minimal guidelines for application other than generic descriptors: cage rest = 1.25, surgery = 1.25 to 1.5, sepsis = 1.5 to 2.0, and burn injury = 2.0. However, recent studies have demonstrated that dogs recovering from surgery, trauma, and critical illness have daily energy expenditures nearer to normal the resting energy requirement; therefore aiming to feed animals at their resting energy requirement appears to be appropriate.27,32 Evidence even suggests that by the second postoperative day, energy expenditure is no different than that of normal animals.27

Whereas healthy animals primarily lose fat when deprived of sufficient calories (simple starvation), sick or traumatized patients catabolize lean body mass when they are not provided with sufficient calories (stressed starvation).3,24 During initial stages of fasting in the healthy state, glycogen stores are used as the primary source of energy. Within days, a metabolic shift occurs toward the preferential use of stored fat deposits, sparing catabolic effects on lean muscle tissue. In diseased states, the inflammatory response triggers alterations in cytokines and hormone concentrations and rapidly shifts metabolism toward a catabolic state (Figure 8-1). Glycogen stores are quickly depleted, and this leads to early mobilization of amino acids from muscle stores. With continued lack of food intake, the predominant energy source is derived from accelerated proteolysis, which in itself is an energy-consuming process. Muscle catabolism that occurs during stress provides the liver with glucogenic precursors and other amino acids for glucose and acute phase protein production.3 The resultant negative nitrogen balance or net protein loss has been documented in critically ill dogs and cats.22,24,29 One study in particular estimated that 73% of hospitalized dogs across four different veterinary referral centers were deemed to be in a negative energy balance.29 The consequences of continued lean body mass losses include negative effects on wound healing, immune function, and strength (both skeletal and respiratory), and ultimately on overall prognosis. Nutritional support can alleviate the negative nitrogen balance and spare further loss of the patient’s reserve. Unfortunately, measurement of nitrogen balance is not routinely performed in veterinary patients; therefore this problem is not readily recognized. 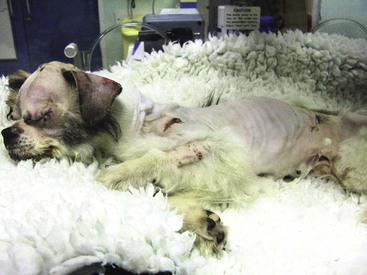 Figure 8-1 This dog is in a severe catabolic state with significant loss of lean muscle mass and is at high risk of developing complications associated with malnutrition, including wound breakdown and postoperative infection.

It is becoming increasingly evident that the metabolic consequences of critical illness are part of an integrated response to the initial insult, driven in part by cytokines and counterregulatory hormones.3,34 These mediators may result in changes in energy expenditure, substrate metabolism, and body composition. The best known cytokine to affect metabolism is perhaps tumor necrosis factor (TNF)-α, which is responsible for increased energy expenditure, hepatic gluconeogenesis, protein breakdown, activation of the hypothalamic-pituitary-adrenal axis, lipolysis, and peripheral insulin resistance.34

Because of metabolic alterations associated with critical illness, and in part because of an inability or reluctance of many critically ill dogs and cats to take in sufficient calories, this patient population is at increased risk for rapid development of malnutrition. Given the serious sequelae of malnutrition, preservation or reversal of deteriorating nutritional status via nutritional support is paramount.

Implications of Obesity for the Surgical Patient

Malnutrition is not the only nutritional imbalance that can influence outcome in surgical patients. Obesity is associated with increased risk of postoperative complications in people, including nosocomial infection.8,11–13 Currently, data directly linking obesity with postoperative complications in veterinary patients are limited, although a recent study has found a relationship between increasing body weight and risk of complications following surgical repair of cranial cruciate ligament injury in dogs.6 Another study suggests a relationship between obesity and the development of wound infection; however, this relationship did not reach statistical significance.5 Nevertheless, evidence appears sufficient to allow speculation that obesity in companion animals may indeed affect patient morbidity. It is also accepted that obesity can exacerbate conditions affecting the respiratory system (e.g., brachycephalic syndrome, collapsing trachea, laryngeal paralysis); therefore anesthetic recovery is a concern in some patients (Figure 8-2). Increasing amounts of abdominal fat can potentially obscure the surgeon’s view during exploratory laparotomy and may lead to complications such as prolonged duration of surgical procedures and slippage of ligatures. 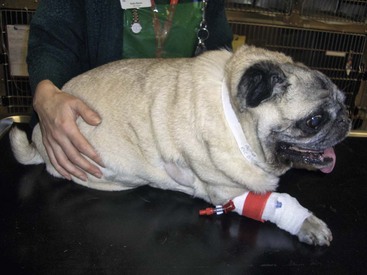 Concern has also been expressed that obese dogs with orthopedic conditions, for example, cranial cruciate ligament rupture, may be at increased risk for surgical repair failure or injury to a previously unaffected joint caused by shifts of body weight during recovery from surgical repair (Figure 8-3). When the surgical procedure is elective, some consideration should be given to delaying the operation until weight loss following weight-control measures has been documented. These concerns remain speculative until the relationship between risk of complications and obesity in companion animals is more clearly demonstrated. 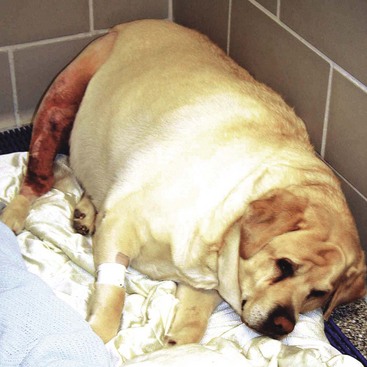 Figure 8-3 Orthopedic procedures performed to alleviate injury to one joint may lead to increased risk of injury to other previously unaffected joints. Obesity may also increase risk of failure of surgical repair.