Nutritional management of the thin horse

Rehabilitation of the chronically starved horse or pony

The definition of “acceptable” body condition for horses, ponies and donkeys differs markedly across the globe. In developed countries, where animals are primarily kept by choice, whether directed at breeding, competition or leisure use, expectations for animal welfare are high. Against this background, the presentation of an animal in a poor or emaciated state gives immediate cause for concern while the welfare issues surrounding the all too common and potentially more serious, “over-conditioning” of horses are rarely considered (Fig. 29.1A). Paradoxically, in many developing countries, where the fate of a human family may be inextricably-linked to the working ability of an animal, hardship may impose the acceptance of lower body conditions (Fig. 29.1B). 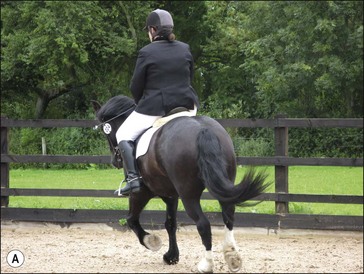 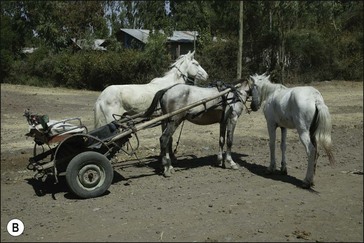 A) In “developed” nations, while low body condition is deemed unacceptable the welfare issues associated with obesity are frequently neglected. B) Working horses in Ethiopia are in relatively good body condition given the hardships which dominate life in this environment.

The presentation of animals in thin or emaciated states is highly emotive (Fig. 29.2). However, extreme loss of body condition (>30% of its “ideal” body weight) may arise as a result of malnutrition, whether through neglect, ignorance or circumstance, focal (e.g., dental disease, dysphagia) or systemic disease (e.g., lymphosarcoma, granulomatous enteritis, parasitism), as a consequence of old age or in feral animals, as a consequence of seasonal changes in the quality and availability of grazing (Dunkel & Wilkins 2004, Ralston 1999, Witham & Stull 1998, Kronfeld 1993). Before treatment options and prognoses can be contemplated, each case must be individually considered. Starvation occurs when animals suffer and become ill from the effects of underfeeding or inappropriate nutrition (Kronfeld 1993). It is an umbrella term, which has been applied equally to animals from which food has been completely and abruptly withdrawn (acute starvation) and to those for which food deprivation has been less severe but prolonged (chronic starvation). 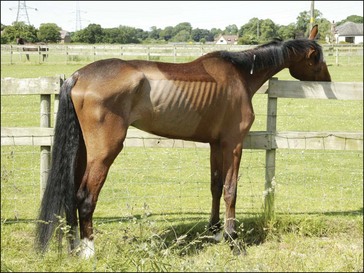 Figure 29.2 The presentation of animals in emaciated states can be highly emotive. Before treatment options and prognoses can be contemplated, each case must be individually considered with respect to its history and the presence of underlying disease.

When starvation is suspected, wherever possible the history of the animal should be explored to gain some understanding of the time course for the loss of body condition. Frequently, changes in body condition are insidious and even large losses in body weight and condition may go undetected until relatively advanced or picked up by a fresh observer (Kronfeld 1993). This is especially true for animals which were overweight or obese prior to feed deprivation (Dugdale et al 2010). Adequacy of nutritional provision or an unwillingness to eat may be suggestive of underlying disease (Kronfeld 1993). High grazing densities, poor growth in young animals and prolonged confinement may be indicators of chronic starvation, where food deprivation may possibly be exacerbated by substantial parasite burdens which further limit the availability of nutrients (Uhlinger 2007). Extra care is warranted when starvation is encountered in heavily pregnant or lactating mares, youngstock, ponies, miniature horses and donkeys. These animals are highly sensitive to starvation and prone to hyperlipidemia which must be clinically addressed before true rehabilitation can begin (Dunkel & Wilkins 2004).

At the outset, clinical priority must focus on arriving at a realistic decision between immediate euthanasia and treatment for the chronically starved animal. An animal in good initial health and body condition may survive a complete withdrawal of food for up to 60 days (Becvarova & Thatcher 2008). However, once the animal has been recumbent for more than 72 h, the prognosis for survival is poor (Becvarova & Thatcher 2008).

Intensive treatment of the recumbent animal may necessitate slinging, intravenous fluid therapy, frequent enteral feeding by nasogastric intubation (Chapter 41) and constant monitoring (Whiting et al 2005). Regrettably therefore, base economics must also play a part in the decision. Not only are these measures expensive but they may further distress an already compromised animal when expectations for success are poor (Whiting et al 2005). Mortality rates of approximately 20% are predicted for severely malnourished animals undergoing rehabilitation, while up to 10 months may be required for surviving animals to regain normal body condition (Whiting et al 2005). An immediate and thorough clinical examination of each animal will help to pinpoint the etiology of weight loss and to identify any concurrent disease or pre-existing conditions. Blood biochemistry screening may aid in the determination of the extent and severity of starvation. Biochemical evaluations should include the evaluation of increased serum concentrations of nonesterified fatty acids, glycerol, total lipids, triglycerides, phospholipids, cholesterol, β-hydroxybutyrate, lactate, total and unconjugated bilirubin and cortisol and decreased serum concentrations of magnesium, calcium, potassium and insulin (Durham et al 2004). A clear diagnosis is key to the development of an informed rehabilitation schedule (see Box 29.1).

For emaciated animals, establishing a realistic prognosis for recovery should be the priority.

This should be based on

(a) The duration and rate of body condition loss and / or recumbency.

(b) The extent and treatment prognosis of any underlying disease.

The design of successful rehabilitation protocols demands a clear understanding of the changes which occur during starvation. Food deprivation in previously healthy animals is met by a predictable sequence of metabolic, physiological and behavioral responses designed to conserve body function and ultimately, survival. As a trickle feeder, the free-ranging horse normally spends 50–60% of the day feeding (Ralston 1984) and grazing is interrupted only by regular rest periods with variable indulgence in other activities. Although feed can generally be withheld from otherwise healthy horses for 2–3 days without lasting harm, the physiological responses to food deprivation are initiated within a few hours of the last meal (Dunkel & Wilkins 2004).

While the pathophysiology of chronic starvation in the horse is poorly documented, useful inferences can be made from studies in other species. In man, the metabolic responses to starvation are progressive (Emery 2005). Nutrient concentrations in the blood decrease as their consumption by tissues is no longer balanced by absorption from the gastrointestinal tract. Preservation of the central nervous system (CNS), by maintaining the glucose supplies essential for its function, becomes the physiological priority. Within 24 h of the previous meal, as blood glucose concentrations decline further, endocrine mechanisms are activated to conserve blood glucose concentrations (Tresley & Sheean 2008). Plasma concentrations of insulin decrease markedly, while glycogen stored in skeletal muscle and liver is mobilized in response to increased glucagon and catecholamine concentrations (Tresley & Sheean 2008). While catabolized muscle glycogen supports local function, the products of hepatic glycogenolysis are released into the systemic circulation to support function in glucose dependent tissues (erythrocytes, the renal medulla and the CNS; Kraft et al 2005, Ekberg et al 1998). At best however, stored glycogen comprises less than 1% of body mass (Hoffer 2006) (Fig. 29.3). 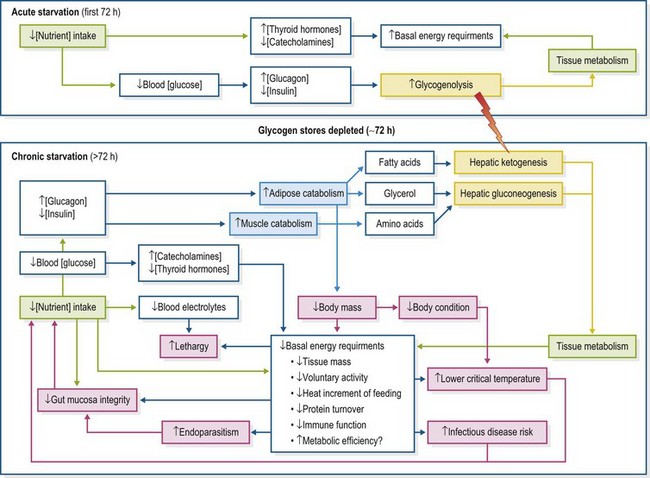 As the primary defense against starvation, the buffering capacity of glycogen is short-lived and in man, these reserves are depleted within 72 h (Hoffer 2006). As starvation continues, gluconeogenesis is increasingly invoked to maintain blood glucose concentrations. During early starvation, metabolic energy requirements are increased, both in response to elevated plasma thyroid hormone and catecholamine concentrations and as a direct result of the additional energy requirements for gluconeogenesis (Emery 2005). The transition to gluconeogenesis is fuelled by increased catabolism of stored body fats and proteins from adipose tissue and skeletal muscle. Although amino acids derived from the catabolism of muscle protein and lipolysis-derived glycerol are useful substrates for gluconeogenesis, fatty acids are not (Emery 2005). Hepatic β-oxidation of fatty acids yields ketones, primarily β-OH butyrate, which can also fuel cell metabolism directly through the formation of the Kreb’s Cycle precursor, acetyl-coenzyme A (Newsholme & Leech 1983, Hoffer 2006). The potential for gluconeogenic demands to strip body fat and muscle is dramatic – yet as starvation persists further physiological changes serve to protect brain function, while limiting the rate of skeletal muscle loss (Emery 2005). Nonetheless this transition to “emergency” fuels is accompanied by the depletion of serum potassium, phosphorus and magnesium (Tresley & Sheean 2008) (Fig. 29.3).

Over time, neural tissues, which can account for 20% of the glucose oxidized within the body, adapt to decreased glucose availability by progressively using ketones as their primary energy source (Emery 2005). Notably, the horse may be unique in that the rapid development of starvation-induced ketonemia seems absent, especially in the early stages of hypophagia (Naylor 1980). However, in one study, increased ketone concentrations were reported when light-horse mares had been deprived of food for only 48 hours (Sticker et al 1995). Whether this indicates a lack of study or a real, fundamental difference in the ability of the equine CNS to redirect its metabolism to use ketones is unknown. In most species, the ability of the brain to decrease its dependency on glucose is important in limiting the rate of muscle catabolism (Barendregt et al 2008).

Muscle-sparing during chronic food deprivation is further bolstered by a corresponding decrease in whole body metabolism as starvation progresses. This decrease in overall energy requirements is multifactorial. Tissue catabolism directly reduces body mass-related metabolic requirements and structural protein turnover rates may be decreased (Emery 2005). Many of the energy costs of feeding and digestion are eliminated. Chronic starvation or malnutrition is associated with decreased activity levels until only essential movements are performed and these, conducted slowly and with maximum efficiency (Shetty 1999). Further, it is considered that the efficiency of intermediary metabolism may be increased, although the mechanisms which underpin these changes are poorly understood (Shetty 1999) (Fig. 29.3).

As weight loss progresses, sequential changes in the animal’s appearance are appreciated. With the goal of achieving weight loss in obese (body condition score; BCS 6.8/9 + 0.5) pony mares, food provision was restricted to 1% of body mass as dry matter of a complete, chaff-based diet for 12 weeks (Dugdale et al 2010). In the first week of dietary restriction, body mass decreased by 4% of outset values before stabilizing at 0.7% of outset body mass in each week thereafter. The dramatic weight loss in the first week was associated with changes in gut fill, readily appreciated as decreased belly girth, and most probably included weight loss resulting from the depletion of glycogen reserves and the attendant water of ligand. Interestingly, weight loss over the 12 weeks was only appreciable as a further decrease in belly or heart girth and was not evident as changes in BCS. The authors conjectured that intra-celomic adipose tissues (omental, mesenteric, and retroperitoneal) may be the most labile and first to be catabolized to meet gluconeogenic demands (Dugdale et al 2010).

The association between body fat content and BCS is nonlinear so, as BCS declines point by point, the quantity of body fat which must be lost to effect each one point change decreases exponentially (Dugdale et al 2010). Continued feed restriction ultimately effects an increasingly rapid decrease in BCS as subcutaneous, inter- and intramuscular adipose reserves are also depleted (Argo et al, in press). Further, as BCS decreases, each unit weight loss may incorporate increasing quantities of lean tissues. A thin animal in BCS2/9 (0 = emaciated to 9 = obese) , already revealing much of its bony architecture to external appraisal, has very little tolerance and only a very small further decrease in body mass may be required to tip the animal towards emaciation. Post-mortem examination of chronically starved and emaciated horses and ponies suggests that following depletion of stored lipid, regional adipose tissues undergo serous atrophy, before these too are lost to visual inspection. Structural adipose bodies, such as those lining the eye socket may be the last to be catabolized (Dugdale et al 2011a, Udo Herzel, personal communication).

As starvation progresses, evidence in the horse and other species would suggest that food deprivation causes direct effects on the gastrointestinal tract. Protein catabolism may not be restricted to skeletal muscle but may include smooth muscle of the metabolically expensive gut (Emery 2005