First Described: Germany, 1886 (Theodor Escherich)1; the organism was not isolated until the 1950s

Affected Hosts: Humans and a large variety of other animal species

Human Health Significance: Important zoonosis. Dogs and cats may be a source of human infection with Campylobacter, some of which may be resistant to antimicrobial drugs.

Campylobacter are thin, gram-negative, curved, S-shaped or spiral rods that are often motile by means of a single polar flagellum at one or both ends (Figure 47-1). They are microaerophilic (i.e., they grow best when levels of oxygen are lower than that present in the atmosphere), and are widespread in the gastrointestinal tracts of animals. Campylobacter spp. have the potential to be zoonotic and are an important cause of food-borne illness in humans, especially in association with poultry products. They can survive weeks to months in water. More than a dozen species have been identified in dogs and cats (Box 47-1). All species are commonly isolated from both healthy and diarrheic dogs and cats. The prevalence of shedding by clinically healthy dogs, for example, ranges from 15% to 87%,2 and as high as 58% of non-diarrheic and diarrheic cats shed Campylobacter as determined by PCR assay.3 Campylobacter jejuni is most commonly incriminated as a cause of diarrhea. The evidence for disease causation by other species, such as Campylobacter upsaliensis and Campylobacter helveticus, is less certain, because the isolation rates of these species are often similar in healthy and diarrheic dogs and cats. In one study, Campylobacter species were isolated more commonly from healthy cats than from cats with diarrhea.3 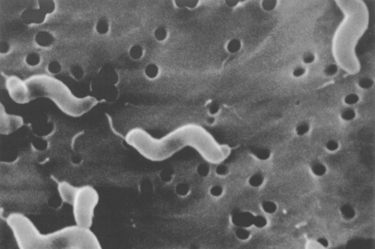 C. jejuni, C. helveticus, and C. upsaliensis are the species most frequently isolated from the stool of dogs and cats, with C. helveticus and C. upsaliensis being the predominant isolates in some studies.3,4 Other commonly identified species in dogs and cats include Campylobacter coli, C. helveticus, and Campylobacter lari. In one study, up to 12 Campylobacter species were present simultaneously in dogs,5 and coinfection with multiple Campylobacter species was detected in 47% of 74 cats from which Campylobacter was isolated.3 The prevalence of Campylobacter carriage is particularly high in young dogs and cats and those housed with large numbers of other animals such as in kennels or shelters. Increased isolation rates are also observed in the spring, summer, and fall months, depending on study location.6,7 Cats less than 1 year of age were significantly more likely to shed Campylobacter than cats older than a year of age, and median duration of shedding was around 6 weeks in a study from the upper Midwestern United States.7 Young age and the feeding of homemade cooked food to dogs was associated with Campylobacter carriage in dogs from eastern Canada.2 Ownership of puppies and kittens is a significant risk factor for development of campylobacteriosis by humans, especially young children.8,9

Campylobacter colonize the lower intestinal tract, including the jejunum, ileum, and colon. In contrast to other enteropathogenic bacteria, Campylobacter possess relatively few virulence factors, and host factors are important in determining the severity of clinical signs that develop. Campylobacter can invade intestinal epithelial cells and produce cytolethal distending toxin, which causes cell cycle arrest and apoptosis, and in humans, stimulates Il-8 production, which leads to an inflammatory response. The organism can produce a polysaccharide capsule, which may also be a virulence factor.10 Puppies and kittens less than 6 months of age are most likely to show diarrhea in association with Campylobacter infection, and stress, overcrowding, and concurrent gastrointestinal infections with other bacteria, protozoa, and helminth parasites may also contribute to clinical signs. The severity of diarrhea can range from mild diarrhea with loose stools through to watery, bloody, or mucoid diarrhea, with lethargy, inappetence, and, less commonly, vomiting. Other signs of large bowel diarrhea such as tenesmus may also be present. Fever may occur in severe acute campylobacteriosis in puppies and kittens. Diarrhea is generally self-limiting within a 1- to 2-week period, although chronic diarrhea can also occur in dogs.11,12 Rarely, extraintestinal Campylobacter infections in dogs have been reported, specifically cholecystitis, bacteremia, and abortion.13,14 These have also been described in humans.15,16

Physical examination findings in severely affected young animals with campylobacteriosis are variable and include lethargy, dehydration, fever, and abdominal pain. Diarrhea, sometimes with fresh blood or mucus, may be found on rectal examination in dogs.

Basic laboratory testing in puppies and kittens with Campylobacter diarrhea generally reveals mild and nonspecific changes. A leukocytosis may be present. Animals with systemic campylobacteriosis and cholecystitis may show neutrophilia or neutropenia with increased circulating band neutrophils and biochemical evidence of cholestasis and hepatic dysfunction (see Case Example). 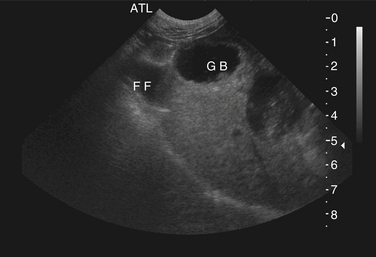 Microbiologic assays available for diagnosis of campylobacteriosis in dogs and cats include microscopic examination, culture, and PCR assays (Table 47-1). Because of the high prevalence of Campylobacter colonization in healthy dogs and cats, it is difficult to interpret the significance of positive test results on feces. The results must always be considered in light of the patient signalment, history, clinical signs, and exclusion of other causes of diarrhea. Specific identification of C. jejuni, as opposed to other Campylobacter species, may also add support to the role of Campylobacter in disease.

Diagnostic Assays Available for Campylobacteriosis in Dogs and Cats

Although not diagnostic for campylobacteriosis, a direct fecal smear may reveal large numbers of fine, S-shaped or gull-shaped organisms following staining with Gram or Romanowsky stains (Figure 47-3). Detection of these organisms only suggests the presence of Campylobacter-like organisms and should not be used as the sole method to diagnose campylobacteriosis because of the inability to differentiate between similar-appearing organisms such as Arcobacter or nonpathogenic campylobacters. Fecal leukocytes may also be present. More advanced microscopic techniques that have been used to identify Campylobacter in the feces include darkfield and phase-contrast microscopy, which are used on fresh fecal specimens and show the characteristic morphology and darting motility of the organism. These are generally not performed routinely in clinical situations and require significant technical expertise. 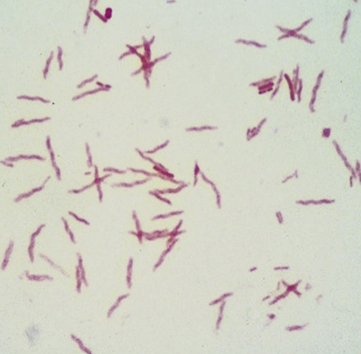 Campylobacter cannot be isolated on routine bacteriological media. Fecal enteric panels designed to detect bacterial enteropathogens in feces generally include isolation on selective media such as charcoal- or blood-based Campylobacter media, which often contain antimicrobials to eliminate other bacteria (such as cefoperazone). The inoculated medium is incubated in a microaerophilic environment for 72 to 96 hours. Incubation is frequently carried out at 42°C to select for thermophilic Campylobacter; however, a temperature of 37°C should also be used to ensure isolation of variable or nonthermophilic species. The use of direct plating onto charcoal-based media may be most sensitive for isolation of Campylobacter from pets, but use of a combination of isolation methods increases sensitivity further.17 Some strains require more hydrogen than others and do not grow under routine conditions used for Campylobacter isolation. Species identification can then be performed on the basis of biochemical testing or the use of PCR followed by sequencing of the PCR product. Biochemical testing can be highly variable, resulting in inaccurate identification. Serotyping has been traditionally used to identify strains of C. jejuni for epidemiologic studies, and more recently, molecular methods such as pulsed-field gel electrophoresis and PCR-based typing methods (including multilocus sequence typing), have been used.18–20 Techniques based on matrix-assisted laser desorption/ionization-time-of-flight (MALDI-TOF) mass spectrometry also show promise for rapid identification of Campylobacter species and strains (see Chapter 3).21,22 Isolation of Campylobacter in culture permits subsequent antimicrobial susceptibility testing, although this is not routinely performed by most veterinary laboratories.