Sedation and Analgesia in the Standing Horse

Opioids provide moderate to profound analgesia by binding to central and peripheral opioid receptors. Butorphanol is the most commonly used opioid in the horse, but morphine is rapidly gaining in popularity, primarily due to the drug’s long duration of action and minimal cost. Buprenorphine, hydromorphone, and methadone are also used occasionally in horses. Butorphanol is an agonist–antagonist opioid that mediates analgesia through binding to the kappa receptor but not to the mu receptor. Because the most potent analgesia is produced through activation of the mu receptor, butorphanol provides only moderate analgesia. However, because many of the adverse effects associated with opioids may also be mediated more through activation of the mu receptor than activation of the kappa receptor (Clutton 2010), butorphanol may be less likely than the mu opioid agonists (e.g., morphine, hydromorphone, methadone) to cause adverse effects like excitement. However, opioid-mediated excitement in the horse has been somewhat overstated due to misconceptions based on research conducted in nonpainful horses administered opioids at dosages higher than those used clinically. At clinically appropriate dosages, opioids are unlikely to cause significant excitement in horses, especially in horses experiencing pain (Clutton 2010). Furthermore, in horses, the opioids are almost always administered with an alpha-2 agonist, which further decreases the likelihood of excitement. If excitement occurs after the effects of the alpha-2 agonist have dissipated, another dose of alpha-2 agonist or a dose of acepromazine can be used for sedation. Gastrointestinal tract (GIT) adverse effects, like ileus or colic, are also of concern when administering opioids to any species, including horses. However, these effects have also been overstated in horses, and even prolonged dosing may be safe, as horses receiving morphine twice daily for 6 days did not develop abdominal discomfort or colic, although gastrointestinal (GI) transit time was slowed and feces were drier than normal (Boscan et al. 2006). Furthermore, in a study exploring the risk factors that contribute to postoperative colic in the horse, the use of intraoperative morphine was not found to be associated with an increased risk (Andersen et al. 2006). The opioids can be used as boluses, CRIs, or in the epidural space. More information on opioid use in the horse is available in a recently published review article (Clutton 2010).

Local anesthetic drugs are extremely effective, inexpensive, and easy to use. When local anesthetic drugs are administered, pain impulses originating in the periphery are blocked and prevented from reaching the central nervous system. This blockade has several positive consequences, including rapid and total pain relief from the nerves that are desensitized, allowing many procedures to proceed with minimal dosing of systemic drugs. The blockade also decreases input to the dorsal horn neurons of the central nervous system, thereby decreasing the likelihood of central sensitization and potential amplification or prolongation of the pain sensation.

Lidocaine, mepivacaine, and bupivacaine are all used in the horse. Bupivacaine has the longest duration of action of these three local anesthetic drugs and is recommended for any surgery lasting longer than 30–60 minutes. The time to onset of bupivacaine is slightly longer than that of the other drugs (Table 7.3) but generally not long enough to delay the start of most surgical procedures. If immediate onset of action is needed, lidocaine is the drug of choice. Local anesthetics can be used in the skin and underlying tissues at the surgery site, in specific tissues affected by the particular surgery (e.g., in the mesovarian ligament for ovariectomy) and in the epidural space. Also, lidocaine—but not other local anesthetic drugs—can be administered as an IV CRI.

Table 7.3 Dose, time to onset, and duration of action of local anesthetic drugs commonly used in the horse

Acepromazine provides only mild sedation and no analgesia and is not used alone for sedation of horses presented for standing surgery. However, acepromazine can be used in combination with alpha-2 agonists and opioids to potentiate and prolong sedation. Acepromazine can cause priapism and, although the risk is low (1 in 10,000 horses sedated with acepromazine), most practitioners avoid using the drug in breeding stallions.

To achieve sedation and analgesia of adequate duration for the procedure, the alpha-2 agonist and butorphanol can be redosed. Because of long duration of action, neither morphine nor acepromazine requires redosing. Butorphanol is generally redosed only once, even if multiple doses of alpha-2 agonists are required. Depending on the level of sedation of the horse at the time redosing is required and on the projected duration to completion of the procedure, the dose of subsequent boluses of drugs should generally start at 25–50% of the original dose.

CRIs of sedative and analgesic drugs can provide a more stable plane of sedation and analgesia than that provided by repeat boluses, and the degree of sedation can be easily titrated throughout the entire procedure. The alpha-2 agonist detomidine is the drug most commonly used as a CRI for standing sedation. Boluses of opioids, or a concurrent CRI of opioids, will augment sedation and analgesia. The detomidine CRI is initially administered at a fairly high dose and is then titrated to a lower dose approximately every 15 minutes (Wilson et al. 2002; van Dijk et al. 2003; Goodrich & Ludders 2004). The titration is not critical but will help to prevent excessive sedation and ataxia. If the horse becomes responsive to surgical stimulation, the infusion rate can be increased again. Alternatively, the CRI can be maintained at a low dose constant rate throughout the procedure (Cruz et al. 2004). The CRI is best used with additional analgesia (e.g., epidural or local anesthesia), and supplementation with IV opioids or boluses of detomidine may be necessary (Wilson et al. 2002).


Opioid CRIs are also used for standing procedures. Butorphanol has been used alone for postoperative pain (Sellon et al. 2004) but is generally used with an alpha-2 agonist for standing surgical procedures (Goodrich & Ludders 2004). Morphine is used with an alpha-2 agonist and has been shown to provide “reliable sedation” without excitement and stable cardiorespiratory function in horses undergoing standing laparoscopy (Solano et al. 2009). The opioid can be combined in the bag or syringe with the alpha-2 agonist but is generally administered separately, allowing more flexibility to change the rate of the alpha-2 agonist CRI without affecting the delivery of the opioid. Lidocaine and ketamine are often used as analgesic CRIs in both conscious and anesthetized horses, and either CRI could be used to supplement analgesia in standing surgical procedures. More information on these CRIs is available in the chapter on general anesthesia and in two recently published review articles (Doherty & Seddighi 2010; Muir 2010).

Analgesia of the hind limbs and caudal abdomen can be achieved by injecting drugs into the epidural space. Systemic sedation will also be necessary, but the dose of sedative drugs can generally be reduced when epidural analgesia is provided. The most commonly used drug in the epidural space is morphine, which provides analgesia of long duration (approximately 12 hours) with minimal to no systemic effects and no motor dysfunction. Dilution of the morphine (0.1 mg/kg) with 10–30 mL of sterile saline or sterile water (in an adult horse) will insure cranial migration of the drug to a level of the spinal cord that is in proximity to the surgery site. The time to onset of analgesia when morphine is delivered in the epidural space is 30–45 minutes, necessitating additional analgesia for the beginning of the surgical procedure. Epidural morphine provided effective analgesia, improved patient comfort, and reduced the sedation needed to perform ovariectomy (Van Hoogmoed & Galuppo 2005). Alpha-2 agonists, especially detomidine, are also commonly used in the epidural space. Detomidine is the alpha-2 agonist most commonly used, and a dose of 40 µg/kg diluted with sterile water or sterile saline to a total volume of 12–15 mL per adult horse is standard (Hendrickson 2008). A dose of 60 µg/kg has also been reported but may result in excessive sedation and possible ataxia secondary to systemic absorption (Hendrickson 2008). Although analgesia provided by a detomidine CRI appears to be equal to analgesia provided by a detomidine epidural, the epidural may have a slight advantage in that it provided analgesia during initial manipulation of the ovary but the CRI did not (Virgin et al. 2010). A combination of detomidine and morphine may be more effective and longer lasting than either drug used alone (Sysel et al. 1996; Goodrich et al. 2002). Local anesthetic drugs are rapidly effective in the epidural space (3–5 minutes) but indiscriminately desensitize both sensory and motor nerves, resulting in ataxia if the drug reaches the motor nerves controlling rear limb function. Thus, the local anesthetics are commonly used for procedures involving the perineum but are rarely used for more cranial procedures. The site of injection for epidurals in horses is generally the sacrococcygeal vertebral body junction or the junction between coccygeal vertebral bodies 1 and 2 or 2 and 3, but lumbosacral injections have been used. Finally, long-duration analgesia can be provided by placing an indwelling epidural catheter and delivering repeat boluses of morphine every 12 hours (Sysel et al. 1997). A review of epidural analgesia in the horse has been published (Natalini 2010). 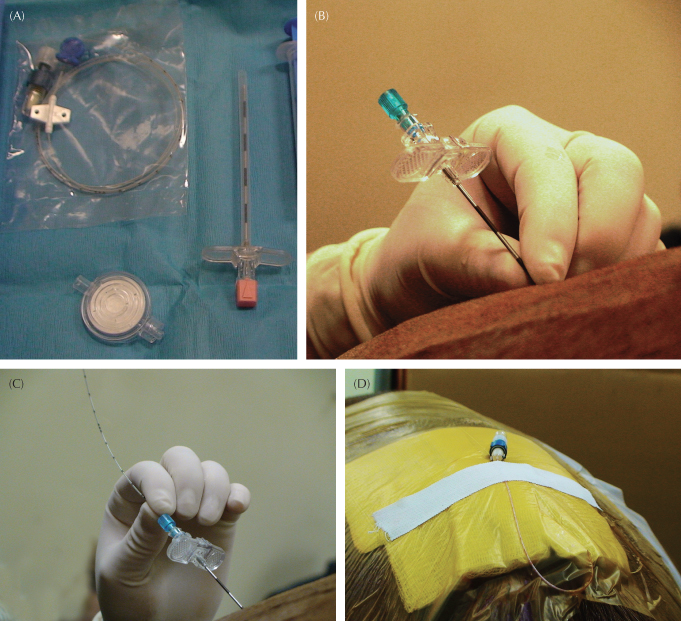 Tags: Advances in Equine Laparoscopy
Dec 12, 2016 | Posted by admin in EQUINE MEDICINE | Comments Off on Sedation and Analgesia in the Standing Horse
Premium Wordpress Themes by UFO Themes
WordPress theme by UFO themes