The competent laparoscopic surgeon has a balance of cognitive and technical skills (Figure 2.2). There is arguably greater challenge in acquiring and measuring technical skill relative to cognitive skill. The traditional approach for acquiring technical skill in medicine is the “apprenticeship model” of “see one, do one, teach one.” It has been demonstrated that the apprentice model is not as effective as specific skills training to improve laparoscopic performance in the surgery room (Sroka et al. 2010).

Figure 2.2 The competent laparoscopic surgeon has cognitive and technical skills. 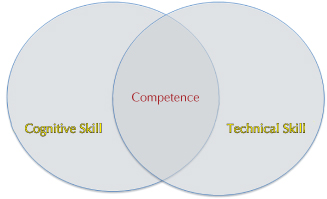 In addition, there are other significant pressures to modify veterinary and human medical educational methods (Table 2.1). There has been a concerted effort to determine what an effective laparoscopic skills training program is (Fried et al. 2004; Ritter & Scott 2007). The study of laparoscopic skills is a prolific and energetic field that is replete with acronyms (Table 2.2).

Table 2.1 Factors motivating the use of surgical simulators


Currently, the gold standard of basic laparoscopic skills is encompassed in the McGill Inanimate System for Training and Evaluation of Laparoscopic Skills (MISTELS). MISTELS consists of five specific tasks performed in a box trainer (Figure 2.3). MISTELS is the technical component of the Fundamentals of Laparoscopic Surgery (FLS) certificate program. This is a joint educational program of the Society of American Gastrointestinal and Endoscopic Surgeons (SAGES) and the American College of Surgeons (ACS). As of 2010, the American Board of Surgery (ABS) requires FLS certification for all general surgery residents seeking board certification. The training targets for the five basic skills are given in Table 2.3. During surgical training, these fundamental skills, combined with clinical laparoscopic experience, provide a significant advancement in performing a standard laparoscopic operation compared to surgical residents who only trained by the traditional clinical laparoscopic experience mode (Figure 2.4).

Figure 2.3 The FLS five basic skills corresponding to the tasks provided in Table 2.3. 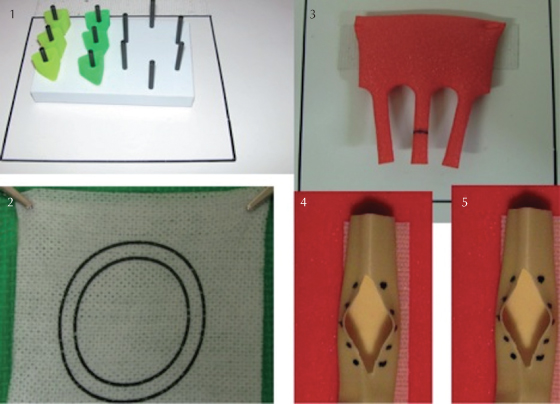 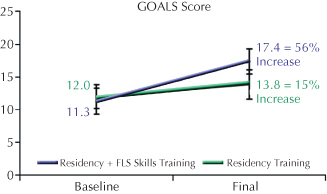 The organization of model skills training, including its integration into surgical training programs, is an important first step to a safe and effective introduction of MIS. The traditional apprenticeship model of surgical education was where a trainee gradually performed procedures more independently. A major issue in that training was that evaluation widely varied by subjectivity. Attempts to overcome this issue gave rise to objectively documented assessment tools. Examples of these are the Objective Structured Assessment of Technical Skills (OSATS) and the Global Operative Assessment of Laparoscopic Skills (GOALS) (Table 2.4) (Vaillancourt et al. 2011). OSATS has been applied to the laparoscopic training of veterinarians (Fransson et al. 2012), but a laparoscopic procedure for GOALS assessment has yet to be validated. 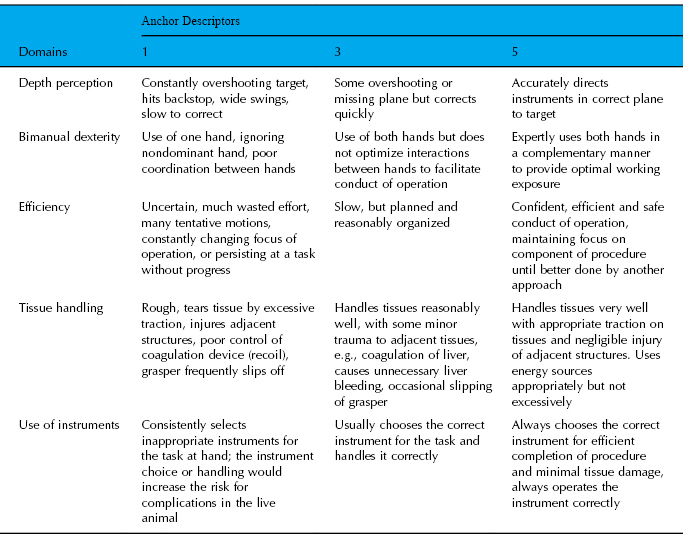 In addition to training using a standard box trainer, other higher technology models are available. There are a number of simulators that are marketed for training the laparoscopic surgeon. These all build on the basics of the video box trainer that consists of the video camera, a light source, and a monitor. There are three basic ideas that simulators follow. One is the enhanced box trainer that is conformed to simulate the anatomy of a real patient. In veterinary medicine, the best example is the canine Mayo Endoscopy Simulated Image (MESI) model developed by Sawbones (Figure 2.5). A second simulator design is the virtual reality (VR) trainer. VR trainers consist of software running on a computer connected to a manual interface (instrument handpieces and foot pedal). The VR simulators offer basic FLS skills as well as various training tasks that model actions performed during surgery (e.g., vessel sealing, bowel manipulation, and tissue dissection) (Figures 2.6–2.10). One advantage of these simulators is that all interactive handpiece movements and actions are recorded and measured, which provides immediate objective feedback on the performance of the operator. Advanced designs have implemented realistic software modeling that simulates specific surgical procedures (e.g., cholecystectomy and appendectomy). There are currently no veterinary specific procedures that are incorporated into VR trainers. The third design of a simulator is a computer-enhanced video box trainer (augmented reality or hybrid simulator) (Figures 2.11–2.13). This simulator design has the advantages of both the video box trainer and VR programs. The integration of VR imaging with real laparoscopic instruments and physical materials allows surgeons to experience the tactile feedback of manipulating physical objects. These simulators also include computer-generated assessment and feedback. Computer-based training is not a substitute for all skills acquired in the surgery room. Some essential skills, for example, paralumbar fossa trocar entry, are not possible with VR, but evidence indicates that it can reduce the time for novices to develop skills and do so in a controlled and safe environment. Experienced laparoscopic surgeons do not improve as much as novice surgeons (Aggarwal et al. 2006). It has also been demonstrated that the skills learned by novices deteriorate between 6 and 18 months after training; therefore, an ongoing program for training and assessment after acquiring the initial competency is needed (Maagard et al. 2011). For the experienced laparoscopic surgeon, it may be that simulator training will have its greatest benefit as a way to maintain skills and to refresh techniques in the management of critical but infrequent errors and conditions that occur during specific operations. 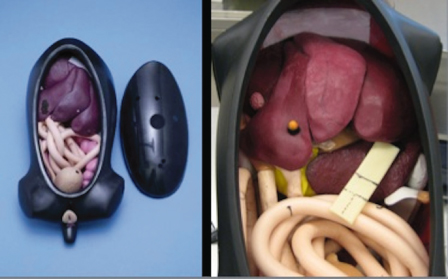