Grooming is a maintenance behavior in dogs that is important for good health as well as good looks. Good health in a dog is reflected in a shiny coat that is maintained on a daily basis. When things go wrong, not only can the hair coat look bad, but the dog may actually mutilate its own skin.

The obvious function of grooming is to maintain healthy hair and skin, but grooming has several other functions as well. For example, dogs will lick to clean wounds. Canine saliva has been shown to be bactericidal against Escherichia coli and Streptococcus canis, two common wound contaminants.18 These two organisms are also the main pathogens implicated in neonatal septicemia, so maternal licking of young puppies protects as well as grooms. Maternal licking also stimulates puppies’ urination and defecation.18

Grooming is an effective method for removing ectoparasites such as fleas and ticks.17 Heavy infestations of these blood-sucking parasites can severely incapacitate a dog, making outside intervention necessary to restore the animal’s health. Although much of the understanding of the role of grooming relative to ectoparasite infestations has been done in exotic animals, the concepts learned appear to apply to domestic pets as well. Animals that are physically restrained so that they cannot self-groom have significantly higher parasite loads and do not thrive.

A couple of times each year, most dogs will go through major hair-shedding bouts. Grooming helps remove this loose hair and keep the underlying skin healthy. Long-haired breeds often need human assistance. Breeds like the Old English Sheepdog, Komondor, Poodle, and Collie will get hair mats if not occasionally groomed by their owners, and the underlying skin then becomes unhealthy, even to the point of having infestations of maggots.

Evaporative cooling is an important heat-regulatory function of licking. Exact figures have not been determined for dogs, but as much as a third of a cat’s evaporative cooling is achieved by licking of the hair and skin. As dogs tend to spend less time grooming than cats, they are more apt to depend on environmental aids to help them cool off, such as moist soil, a lake, or a wading pool.

Dispersion of stress or relief from tension is another purpose of grooming.3,41 A displacement activity is a normal behavior shown at an inappropriate time, thus appearing out of context. When confronted with a very dominant dog, the submissive one might show a grooming activity, a sexual posture, or excessively submissive posture. The inappropriateness of the behavior helps defuse the tensions. In dogs, grooming as a displacement activity is more apt to eventually become excessive, as compared to cats. Then it becomes a problem behavior.

The two broad categories of grooming patterns shown by dogs are self-grooming and mutual grooming. The former serves the functions already described. Mutual grooming does as well, but in addition, it is important for maintaining social bonds.

Oral grooming is the most common type of self-grooming. A dog will lick its limbs, the area immediately around its mouth, and areas of short hair, such as the anogenital area (Fig. 10-1).3 Injuries are also licked, especially if they are bloody or have serum oozing from them. Teeth can also be used as a tool for oral grooming. They are used more in areas of longer hair to remove burrs and mats. Dogs will also chew on their nails and will use their teeth to relieve any itchy spots caudal to the thoracic limbs. 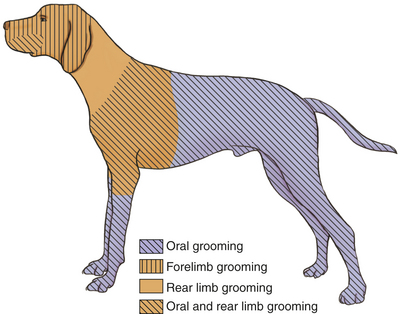 Figure 10-1 Areas groomed in various manners by a dog.

The nails of the pelvic limbs are important grooming tools. The back limbs are used to groom most of those areas inaccessible to the mouth.3 Generally these are the areas that extend from just behind the thoracic limb and forward, including the neck, head, and ears. Depending on the agility of the individual and its body length compared to leg length, some dogs can successfully scratch most of the thorax as well.

Dogs use their forepaws as grooming tools for the head. They will wipe their face with the medial aspect of the manus, especially around the eyes and ears.3 Following a wiping bout, they will lick the accumulated matter off their paws and perhaps repeat the sequence.

Rolling is another form of self-grooming used by dogs, and it is usually seen in three different situations.3 In one situation an individual may roll on the ground or on an object. Sometimes the dog just rubs along the ground instead. This type of rolling/rubbing does not seem to be associated with scent marks, because it can involve parts of the body without well-developed scent glands. Also, the dog does not smell the area before rubbing over it.3

A second type of rolling/rubbing behavior is shown after exposure to a strong odor, like skunk spray or flea dips (Fig. 10-2).3 The intention here is probably to eliminate or dilute the odor, and the rubbing is frequently associated with sneezing and running.3

Figure 10-2 A dog showing the rubbing behavior used after being dipped in a strong-smelling flea-control product.

(From reference 3. Used with permission of Veterinary Medicine Publishing Group.)

Rolling on odors is the third form this behavior takes, and it is often associated with a “pleasure face” (see Chapter 3, Fig. 3-5). Many times the material rolled on is considered unpleasant or malodorous by humans.3,37 This material includes animal feces, garbage, or decaying, dead animal parts. Why dogs roll on such things is unknown, but various theories attempt to explain it. The first is that the dog is attempting to take on the odor, much as we would put on perfume or cologne, and although the odor is unacceptable to us, dogs have different aesthetics.3 This would make the behavior socially rewarding.37 A second theory is that the amount of odor is too great to be able to cover it up with a urine mark, so the dog attempts to cover it with the entire body surface instead.2 The acquisition of an odor may serve to reduce the novelty of that odor because of the long duration of exposure, or it might help increase the amount of social investigation by conspecifics.37

Total body shaking is a behavior commonly used by dogs to remove excess water from their hair coats (Fig. 10-3). The behavior typically begins at the head and gradually progresses caudally To maintain balance, the front and back halves of the dog tend to be rotating in opposite directions at any one time. 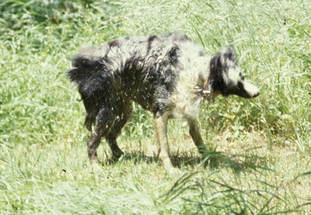 Figure 10-3 A dog shakes its whole body after a swim.

Technically, allogrooming is one individual grooming another, with or without reciprocal grooming behavior, whereas mutual grooming would imply that both animals are grooming each other. Both of these behaviors are done by individuals closely associated to each other. Licking, with occasional teeth nibbling, is the typical method for this grooming.3 Subordinate dogs may lick the muzzle of a more dominant dog. Although in the technical sense this represents allogrooming, it is more significant to the dog as a social function. “Nitting” is the nibbling behavior by a dog directed at a person, and in this case, it would represent a type of allogrooming. There has been discussion whether nitting is more common in Greyhounds.22

Before the latest generation of flea control products, excessive grooming behaviors were primarily associated with that parasite. There still is a strong relationship with medical conditions, but the incidence has been significantly reduced. Currently about 9% of cases seen by a behaviorist are grooming-related.1

Normal Behavior as a Problem

Owners may complain about the loudness of their dog’s licking. This usually is associated with the dog’s nighttime activity of grooming at times of limited physical activity. The distraction to the owner is a result of the quiet in the home after bedtime being broken suddenly by the sound of a loud slurp. As grooming is a normal behavior and the lack of other stimuli makes nighttime perfect for the activity, it is unreasonable to expect the dog to stop. Instead, the problem is best managed by looking for alternatives. For the dog that sleeps in the bedroom, having it sleep in another room puts wall barriers between the person and the animal. This could be the room of a child who sleeps through almost anything, or it could be an unused room so the dog now has its own room. Older dogs or those used to sleeping with the owner may need to first get used to sleeping in their own bed for a while. Gradually that bed is moved farther from the human’s bed until it is in the new dog room.

Another technique is to put the dog in its new room for the night and use a barrier, like a child’s gate. If the dog whines or barks, it is ignored so that the behavior is not rewarded by human attention, and the dog is encouraged to learn the new rules. The nighttime use of a box-style muzzle, after the dog has been gradually introduced to it, is another technique that can be tried.

Most, but not all, of the medical problems associated with excessive grooming in dogs are skin conditions, often pruritic ones. Pruritus is closely intertwined with the other sensations of pain and touch.35 These sensations are all carried on the same fibers and terminate in various brain centers, including the thalamus and cortex.35 Central factors can also amplify or reduce the perception of any of these cutaneous sensations.35 The classic mediator for pruritus is histamine. Other mediators, such as proteases, peptides, substance P, opiate peptides, prostaglandins, and leukotrienes, may work directly or may liberate histamine’s pruritic properties instead.35

Several other medical conditions should be considered as differential diagnoses for excessive grooming. Referred pain or phantom pain is one possibility, although it is difficult to prove.41 Others include neuritis; sensory neuropathy; encephalitis, especially after distemper; and psychomotor epilepsy.23 Hyperadrenocorticism also has been reported to be associated with pruritus and hair chewing.6

The development of psychogenic dermatoses tends to fall into one of three categories. It may be important to determine the category to treat the problem successfully. Psychogenic causes, the first category, are learned problems, as when a wound heals but the licking continues.44 The second category is social interaction, and here the owners reinforce the behavior by paying attention to the dog as it grooms.44 Worse yet, the reinforcement is actually intermittent, making the learned behavior more difficult to stop.44 How a dog is maintained, the third category, can also result in the development of psychogenic disorders.44 Environments that lack stimuli, like chain-link runs, are frequently where problem dogs are kept. Licking is one activity a dog could use to provide mental stimulation.